Spend enough time around people who ride Harley-Davidson bikes and you’ll notice a few things. They wear a lot of black and a lot of denim, they love to talk about motorcycles, and they’re generally a very kind and welcoming bunch. If you don’t tend to mix it up with Harley folks, on the other hand, then those first two characteristics probably seem obvious, while you might have some doubts about the last one–but it’s absolutely true.

In fact, Harley riders make up one of the most genuine and compassionate groups of people you’ll run across in the world of motorcycling, and they get along with just about everyone. Specifically, there are two types of motorcyclists who–regardless of what they ride–are universally loved by Harley owners–and another type of motorcyclist who they’d prefer to avoid.

1. People who know a lot about Motorcycles

It makes sense, right? People who ride motorcycles like to have conversations about them. In particular, though, it’s people who ride Harleys that tend to enjoy motorcycle talk more than anyone else.

Unlike with Hondas, Suzukis, Triumphs, or BMWs, a Harley is seen as a canvas. Arguably, they’re more readily customizable than any other kind of vehicle in the world, and there’s virtually an expectation that if you own one, you will turn it into a unique, outward expression of yourself. Whether it’s as simple as ape hangers on a Wide Glide or as eccentric as an Ultra outfitted with an alligator-skin seat, customization is at the very heart of the Harley-Davidson brand. You don’t just ride a Harley, you live it.

That’s why Harley owners love spending time around people who have a deep knowledge of motorcycles. Nobody else, after all, can appreciate the small details of why a bike is customized a certain way–and those kinds of small details are just what Harley riders are excited to point out and talk about, whether it’s on their own bike or someone else’s.

2. People who know nothing about Motorcycles, but want to

This might seem contradictory at first, but it really isn’t. The whole reason that Harley riders like people who know a lot about bikes is because motorcycling is a lot more fun when it’s shared–shared rides, shared experience, shared knowledge, shared passion.

In that sense, people who are eager to know about bikes might be even more loved by Harley riders than people who already do. Not only do they represent growth of the community, but let’s be honest–it just feels good when someone is genuinely interested in something that you know a lot about and want to share.

3. People who don’t know a lot about Motorcycles, but Pretend to

There’s a universal disdain among Harley riders for people that try to pass themselves off as knowledgeable or experienced around motorcycles when it’s just not true. You don’t have to be able to tell a Street Bob from a Fat Bob to get along with bikers, or know that a Street Glide and an FLHX are the same thing. But unironically refer to a Victory as a Harley just once, and the jig is up.

Pretending to know what you’re doing or what you’re talking about around bikes when you actually don’t is more than just silly–it’s dangerous. Inexperienced riders are welcome in most groups, but only when they openly declare themselves as such. Any other behavior unnecessarily puts people and property at risk. The fact is that when someone tells lies, or tries to wield status within a group that they haven’t actually earned, there’s a word for it: disrespectful.

Of course, taking issue with dishonesty or disrespect isn’t limited to the biker community. Almost everyone would prefer to interact with someone who’s genuine, honest, and straightforward. Maybe that’s the ultimate point here, anyway: despite the edgy, outlaw imagery historically associated with the brand, Harley-Davidson riders are just regular folks. Show them some love, and they’ll show it right back. Pretend to be something you’re not, and they’ll probably show you the door. 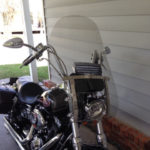 Carl
Rated 5 out of 5
cwwolfe5@gmail.com
Great product. Love it. 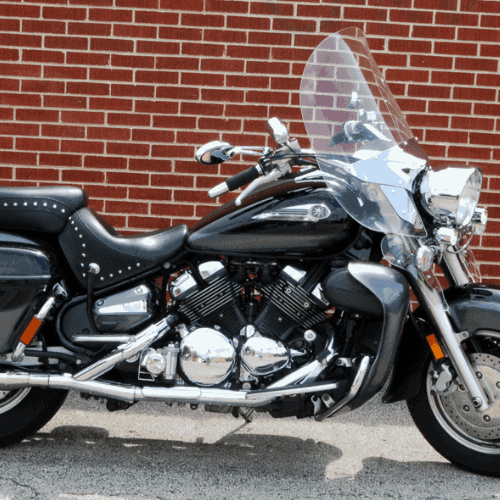 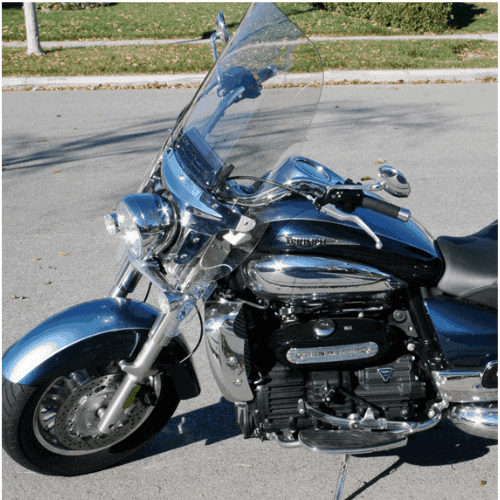 I would like to get a custom cut though that could cover my hands on the handle bar to help avoid road debris hitting my fists, if possible. Maybe on the next order.

Also I would ask to delete the bottom center cutaway, a lot of wind comes through there. Too much for me. If I need ventilation, I would just open the installed center vent which works very well.

Thanks, great product and customer service. 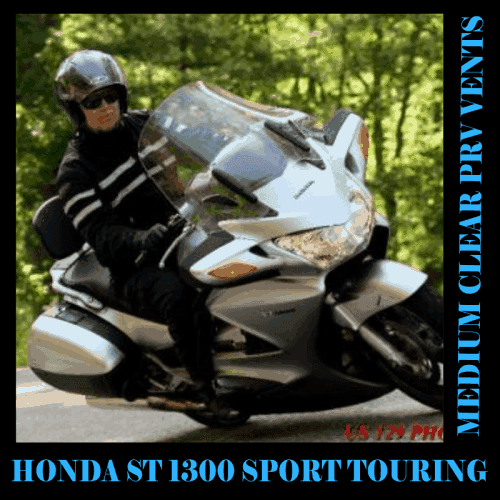 Ken
Rated 5 out of 5
Excellent windshield!!! Sturdy and great looking on my Tri-Glide. Thanks for the good service. 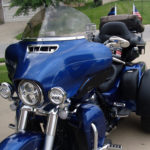