Being on a motorcycle can be one of the most freeing experiences a person can enjoy, hence why it is so popular. If you’re like me, whenever you can get a chance to ride you want to be on for more than just a few minutes. Long day rides are great but the extended trip is the best. Long days in the saddle can be tedious if you don’t have the right seat or if your hands and feet are not set in a comfortable position, but the one item that can really make or break how relaxing a long ride can be is the windshield. Going too small can create a mass of turbulence that will literally beat you to death, but going too big can subject you to a large amount of low decibel rumble and uncomfortable backpressure so much so that the ensuing headache will make the thought of the next day’s ride less than exciting. 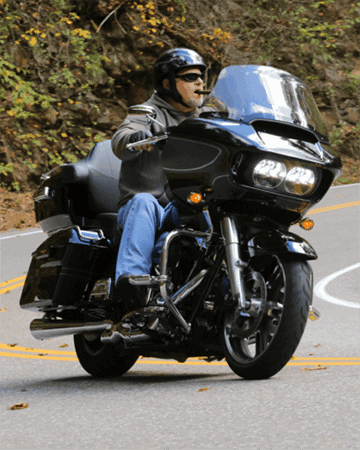 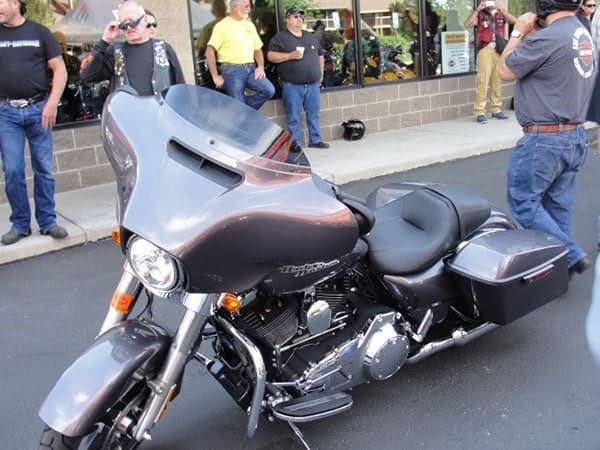 The idea of venting a motorcycle windshield has been around for a while. Craig Vetters’ Windjammer fairing came with a screen that had optional pop vents which could be opened and closed from the inside. This gave the rider a certain amount of control for different conditions. In the early 90’s we offered these in many other models of motorcycles, adding a recommendation of fully removing the covers to allow an even stronger flow of air inside the pocket, in turn minimizing the pockets collapse from behind and smoothing out the airstream from the inside. Eventually these became cosmetically unappealing and perhaps a bit dated so we have dropped them from our vent choices.

Venting your windshield can do a lot for quieting down the ride. Many new motorcycle models’ screens are designed to allow air flow under and in between the fairing and screen to maintain a constant balance of pressure. The only down side is the lack of ability to close off the airstream in extreme wet or cold riding environments.

Recent additions from Harley Davidson have given the rider controlled air management again with the idea of reducing that low rumble and annoying back pressure.  Having test drove the new 2014 Streetglide and the 2015 Road Glide, the design works as it should.

Even the large gap in the VTX1300 Cruiser windshield can be considered an air vent.  Cruisers are notorious for the airflow that will come from underneath the windshield.  Increasing the gap around the headlamp of many cruisers can help reduce this effect but, aesthetically, is not desired.

Allowing air into the riding pocket can not only smooth out the airflow around a rider, but it can substantially reduce the low rumble caused by the air abruptly trying to fill in behind the screen. We offer 3 different types of windshield Venting options that can be used on many different models. Please check with us if your desired Vent option is not listed for your motorcycle.

The most popular vent Clearview Shields offers is the 5 position adjustable vent.  This can be placed low enough on the screen to be comfortably out of your field of vision while being high enough to effect the airflow around your head and upper body.  The vent can be closed when conditions become adverse or too cold and, depending on headwinds, side winds can be aimed at different levels to fine tune the riding pocket for maximum comfort. When in the closed position it will re-direct air up the back side of the screen helping to balance the pressure directly behind the back side.

PRV’s are aero dynamically designed holes placed strategically on the screen to allow air flow inside the pocket . First found on the stock 1994 and newer Honda ST1100, they have been used by Clearview Shields successfully on many different models to smooth out the riding pocket. They are always open and can be lined with the Hondaline PRV trim for a finished look and to keep surface moisture from blowing through the hole. 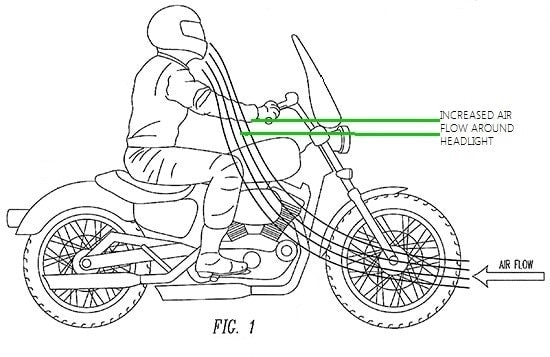 Clearview Shields normally creates their Cruiser replacements to match the appearance of the rider’s stock replacement with a tight cut around the light but increasing that gap around the opening can help to decrease the updraft that creates turbulent air from below (fig 1). This option can be created upon request. Please contact customer service for model application.

Any Vent option to be considered will help with the comfort of your ride, keeping you on the motorcycle longer.