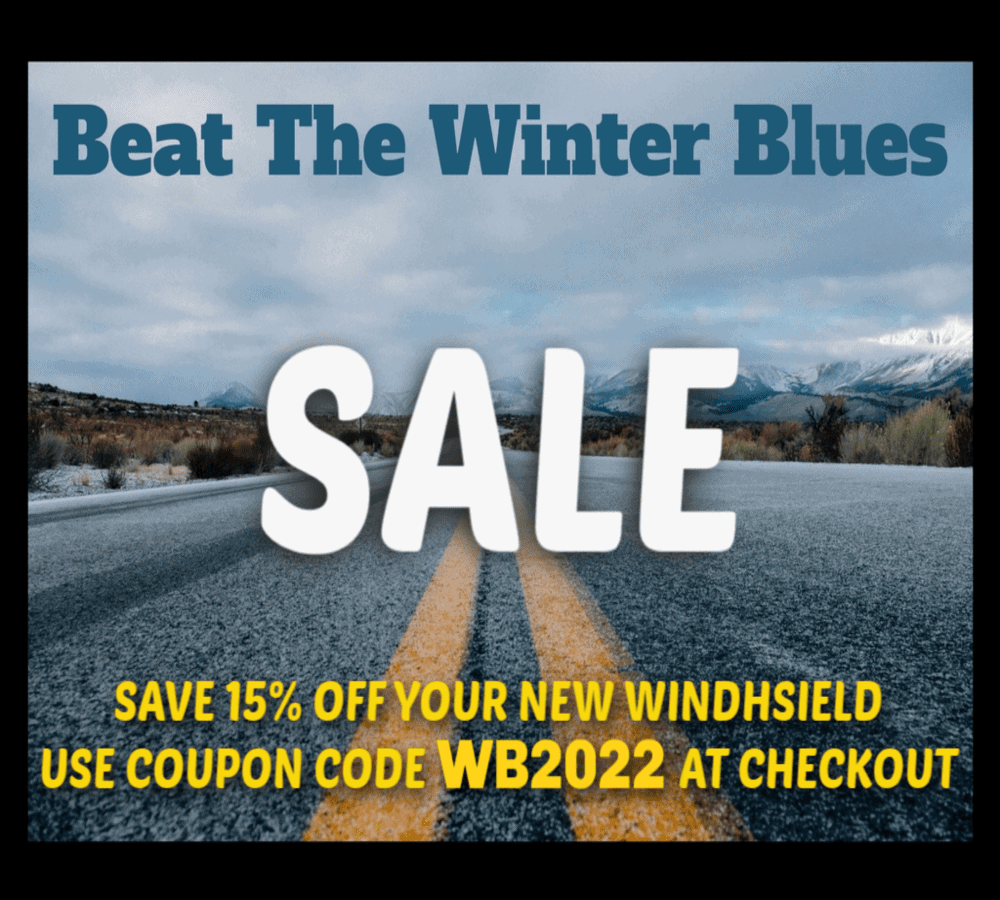 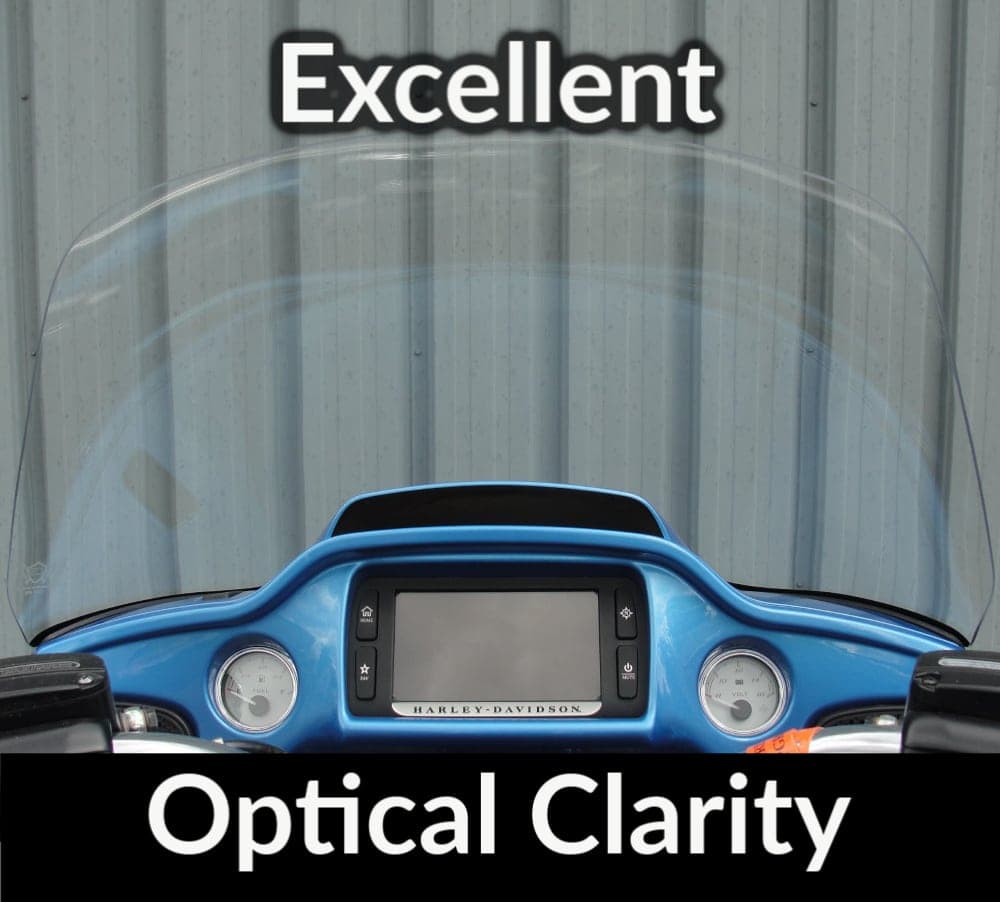 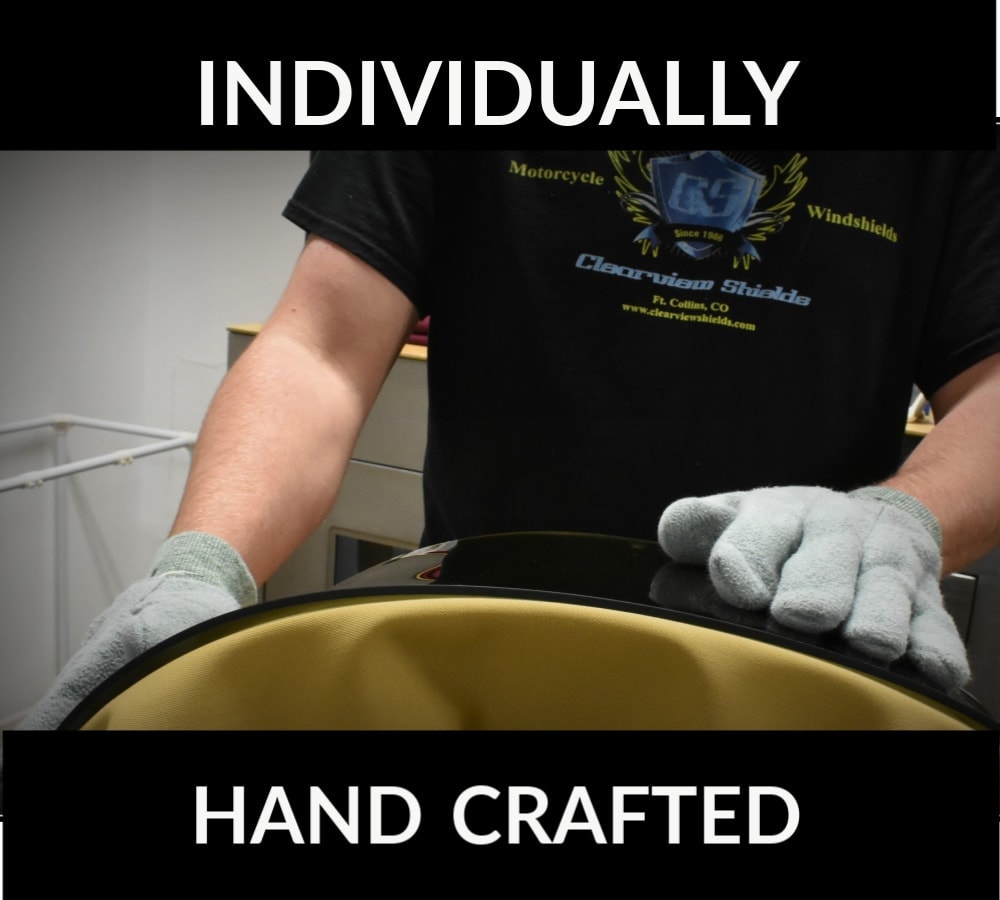 Our Road King replacement windshields are contoured, drilled and ready to mount to your stock Harley Davidson Windshield Brackets. Clearview Shields are replacement shields, We do not offer brackets.

Selecting Height:
Selecting Tints
Clearview Offers a wide selection of Tints to enhance the look of your New Windshield or Windscreen.Learn More

Dark gray only available in the 14″,16 and  17″ heights. Custom sizes and dark gray tint options for taller models are available upon request.  Just add your request to the “Notes” section at checkout.

Width:
All screens have the option for both stock width or our GT width which adds 1.25″ each side (2.5″ total).  Gt series width options are an excellent addition to enhance rider comfort by expanding the deflection of air around the sides and from underneath.  Width is compatible with both Stock Auxiliary light configurations and with no Auxiliary lights.  Special custom cuts need to be performed if your bike is equipped with Harley Davidson’s “Accessory” Auxiliary Light configuration as shown in photo gallery Contact our customer service department for more information.
Vents:
Clearview is one of the few that offer vent options for your Harley Davidson Road King Windshield.  Venting a screen not only allows the rider optional air flow at their control but it will help to equalize the pressure behind the screen resulting in a reduction of turbulent air around the rider and passenger and the low frequency rumbling which can occur on most Motorcycles.

One of the distinguishing features of the Road King were its large headlights, reminiscent of the great twins of the 1960s. In 1999, the Harley-Davidson Road King, like all other Harley models, came with a new Twin-Cam 88 engine at the factory. The Road King is powered by a further development of the engine, which produces 60 HP at 3,600 rpm.

The name of the engine stems from the fact that a second cam was added to open and close the intake and exhaust valves. The new Twin-Octane 88 had two cams (one cam and two flaps) per cylinder with two valves compared to the Evolution engines, which used only a single cam and four flaps. The twin cam 96 engine was in two forms – standard A and B – which meant additional internal balance shafts that Harley claimed would suppress 90% of the primary engine vibrations. The engine was rigid and could be mounted on some models. In addition, Harley released an official 103 big-bore kit, which boosted the engine to 1688cc if you wanted to spice up your 96. 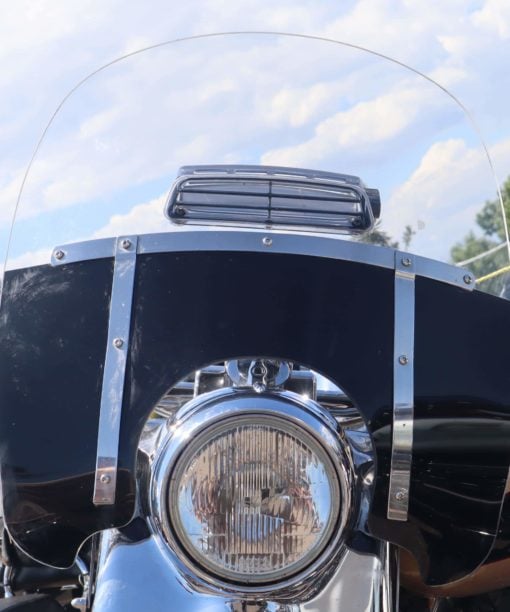 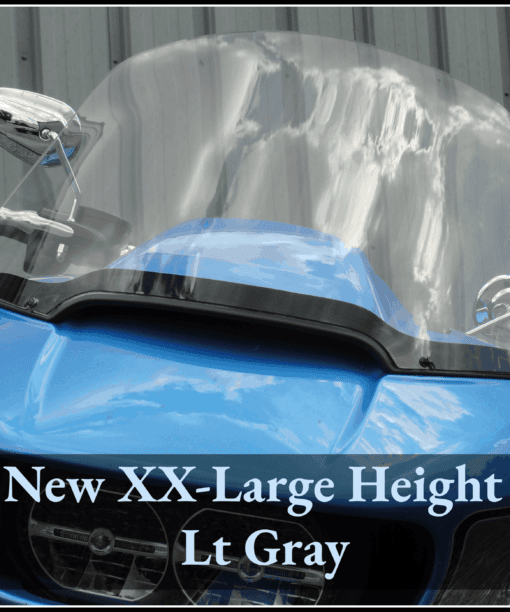 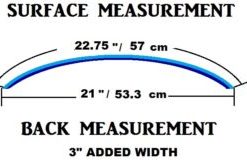 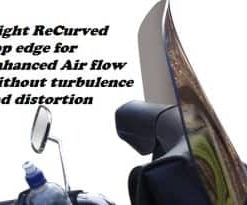 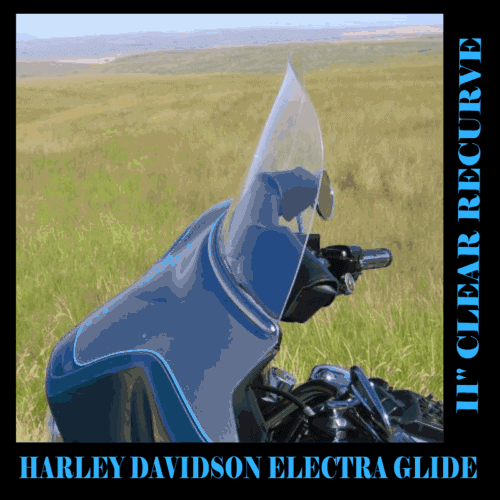 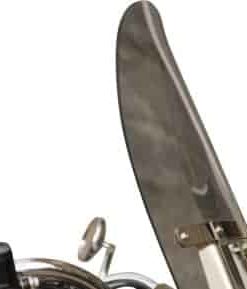 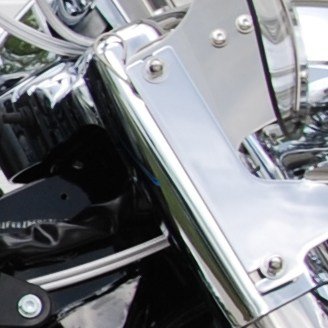 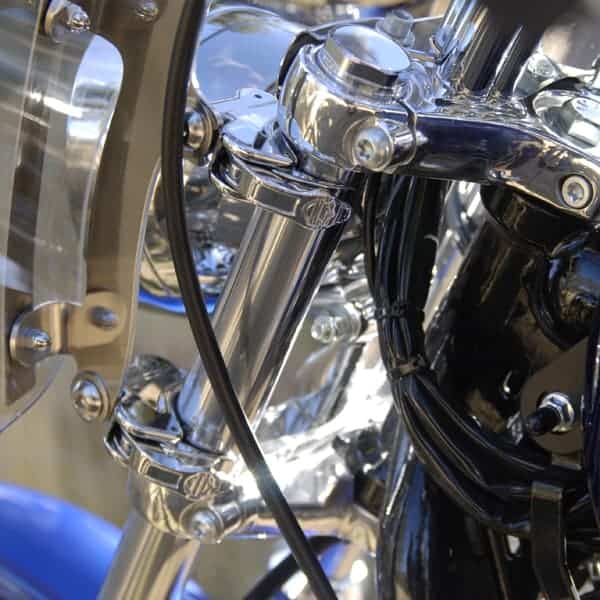